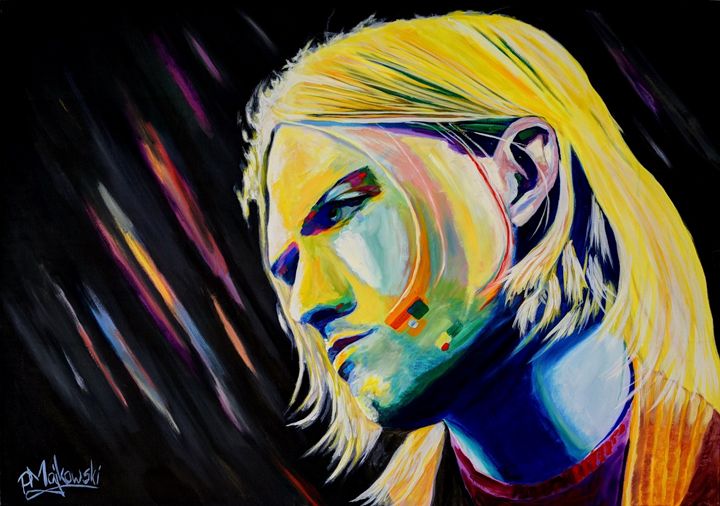 Kurt Donald Cobain (February 20, 1967 – April 5, 1994) was an American singer-songwriter and musician, best known as the guitarist, primary songwriter and frontman of the rock band Nirvana. Through his angst-fueled songwriting and anti-establishment persona, Cobain's compositions widened the thematic conventions of mainstream rock music. He was often heralded as a spokesman of Generation X and is considered to be one of the most influential musicians in the history of alternative rock.

Born in Aberdeen, Washington, Cobain formed the band Nirvana with Krist Novoselic and Aaron Burckhard in 1987 and established it as part of the Seattle music scene which later became known as grunge. After signing with major label DGC Records, Nirvana found global success with "Smells Like Teen Spirit" from their critically acclaimed second album Nevermind (1991). Although Cobain was hailed as the voice of his generation following Nirvana's sudden success, he resented this, believing his message and artistic vision had been misinterpreted by the public. In addition to "Smells Like Teen Spirit", Cobain wrote many notable songs for Nirvana, including "About a Girl", "In Bloom", "Come as You Are", "Lithium", "Polly", "Something in the Way", "All Apologies", and "Heart-Shaped

During the last years of his life, Cobain struggled with heroin addiction and chronic health problems such as depression. He also struggled with the personal and professional pressures of fame, as well as his marriage to musician Courtney Love.[2] In March 1994, Cobain overdosed on a combination of champagne and Rohypnol, and subsequently entered an intervention and underwent a detox program. On April 8, 1994, Cobain was found dead at his home in Seattle at the age of 27; police concluded he had died on April 5 from a self-inflicted shotgun wound to the head.

If you have time, you should read Kurt Coabin's wikipedia entry to understand his life in a greater depth.